Here are a few photos to give you an idea about us! 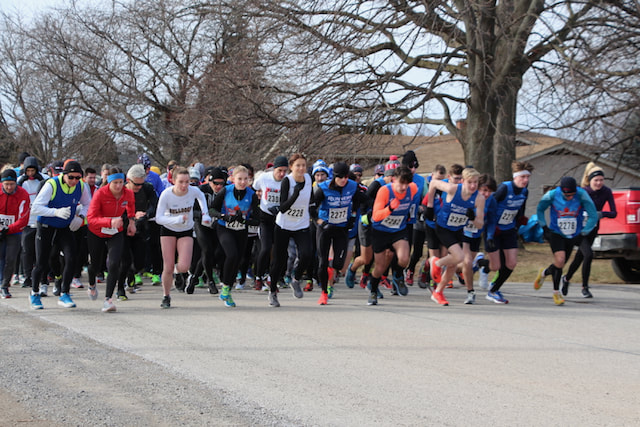 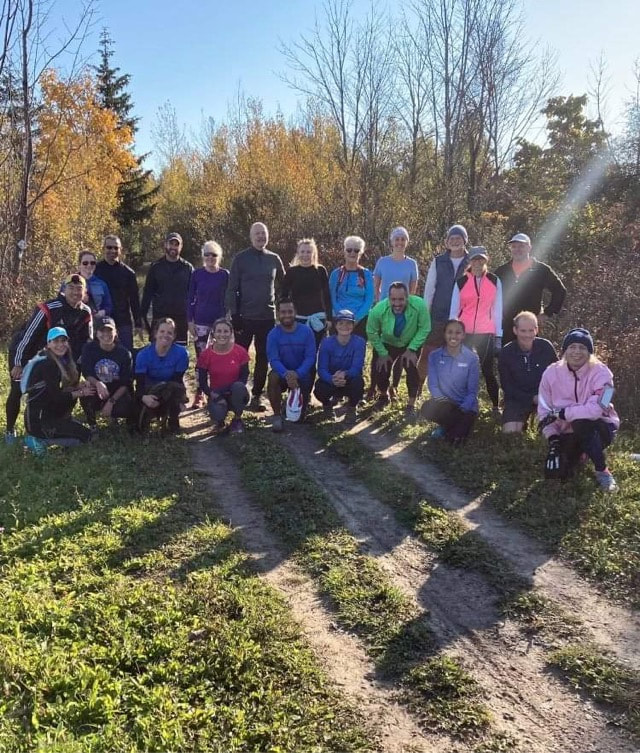 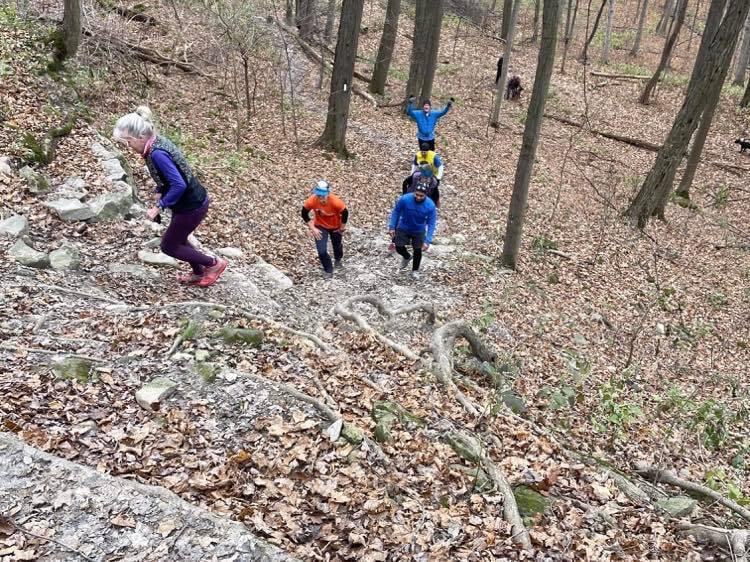 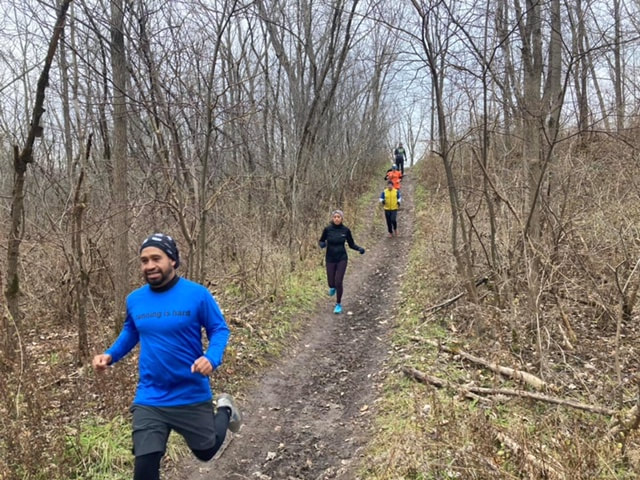 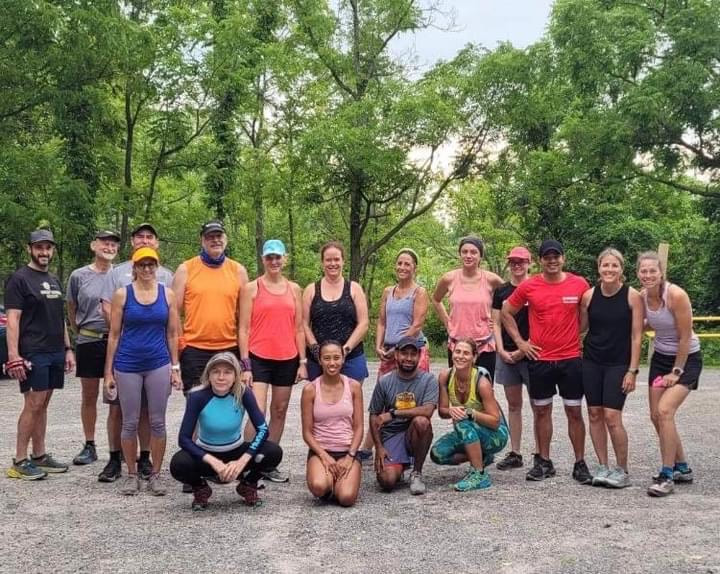 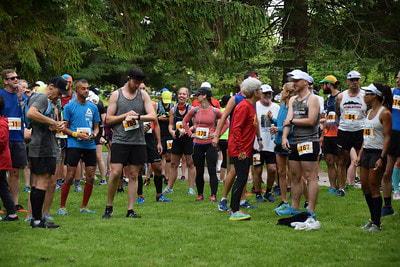 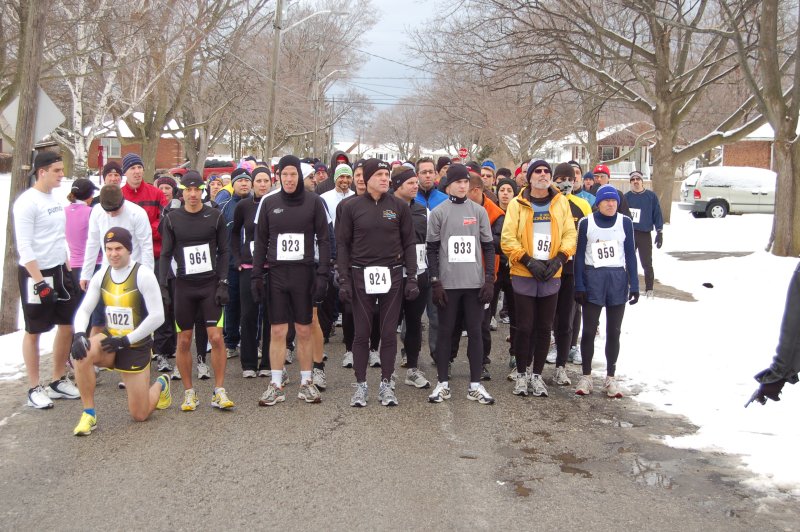 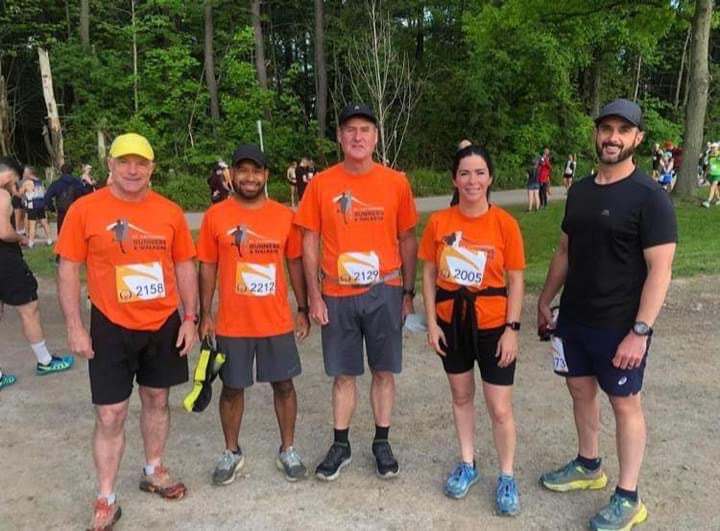 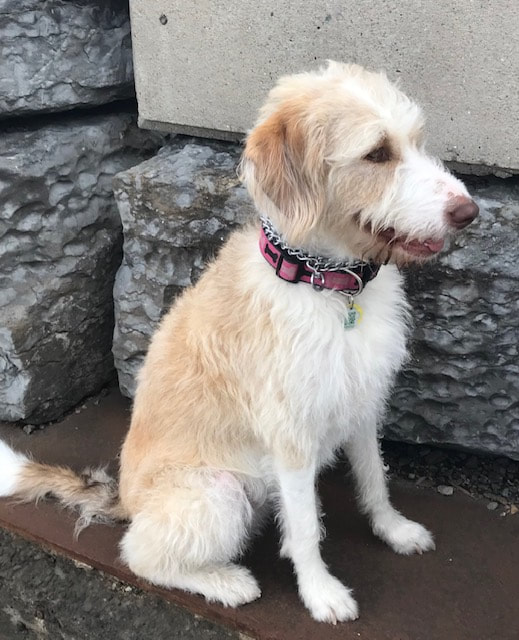 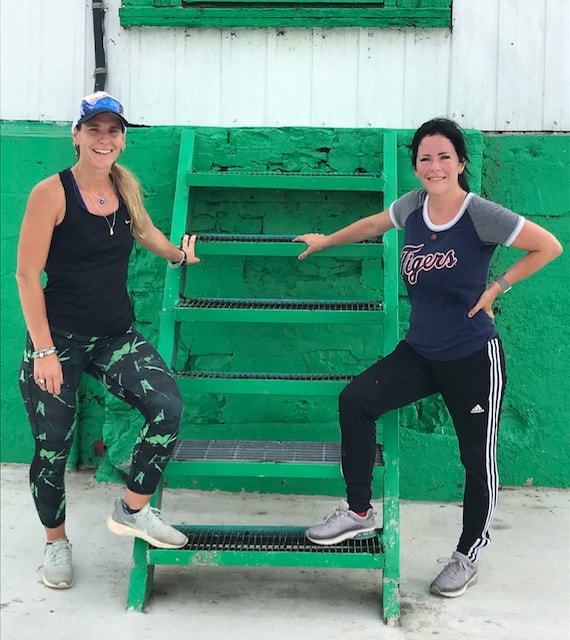 Here is the latest information about some great achievements by our club members.

Latest: Aug 6
Today Belen Viglione Murch competed in the Try-a-tri at the Subaru Grimsby Triathlon Festival for Women. She came second in age and 13th overall! Big congrats to Belen!  Also at the same event in Grimsby, Andrea Demery finished the Sprint Triathlon in 1:39:52, easily placing in the top one-third overall! Very well done to both of you!
​​
​Aug 5:  Shoutout to Brian!
One of our longtime members, Brian Campbell, is currently in first place in the "Buffalo Runner of the Year 2022" standings for the 75-79 year old age group!  This is after seven of 12 races. He is not only representing our club but our country too, as the only Canadian in the group!

Aug 2: Big congratulations to member Chloe Wade!
Chloe completed the 100 miler race at "Tally in the Valley" in 29 hours, 31 minutes and 42 seconds. That's a quadruple marathon! Another great achievement!

July 17:  four of our members (Rob Rintjema, Vicky Kelly, Jessica Carreau and Mark Mullally) completed a 50km section of the Bruce Trail from Queenston to Rockway in memory of Robert Carreau, Jessica's brother. Rob was an avid runner who was killed by a drunk driver in 2020. Every birthday he would run his age plus 5 km. This birthday would have been his 45th.  The four runners today were given the amazing support of several other club members, through driving to the start or their cars, running alongside for a section or providing water and snacks. A special mention goes out to Laura Andres for driving back and forth all day from 6am, supporting everyone involved.  The SCRRW is not simply a running club, it's a "people club".

Also on the 17th, two members participated in the Subaru Grimsby triathlon. Don Stoakley did the Sprint Duathlon and Belen Murch completed the Try-a-tri. She placed third in her age category!
​
July 15-16: Bruce Trail Iroquoia section Ultra run.  Huge congratulations to these two ladies!!
On Friday, July 15 at 11am, club members Erin Lyttle & Katherine Ravensdale set out to complete the Iroquoia section of the Bruce trail in one go.  The goal was to not only set an unsupported female team FKT (Fastest Known Time) for this route, but also to practice for Capes 100, a 100 mile race during August in Nova Scotia to fine-tune how to do an ultra distance of over 100km.  The pair have already accomplished supported runs for the Niagara section on their own.
To qualify as an unsupported run, the women had to carry everything they would need, though they were allowed water from natural and public sources.  They treated water from 3 locations along their run and used two public water fountains in Hamilton.
The pair were doing well, averaging about 11 ½ minutes per km and on target to meet their 24 hour goal even through the night. This was their first full-time night run. When dawn came Katherine started thinking about quitting, she was feeling poorly and hallucinating, so we decided to give her a 10 minute nap. A discussion was had and it was decided that finishing together was a more important goal than how long the run took.  From then on, Erin promised Katherine if she stuck with it until the end, she wouldn’t have to run anymore unless she felt up to it.  The two women were walking about 4 km/hour at times through the 2nd half of the run.  After relaying several revised finish times to Paul, Erin’s husband who was their ride home, they finally finished up around 3:30pm Saturday, 28 ½ hours after starting on Friday morning.

July 15: Buffalo Subaru 4 mile chase. We had five club members who placed in the top ten in their age groups, including Vicky Kelly who won hers!!